We Will Engage You 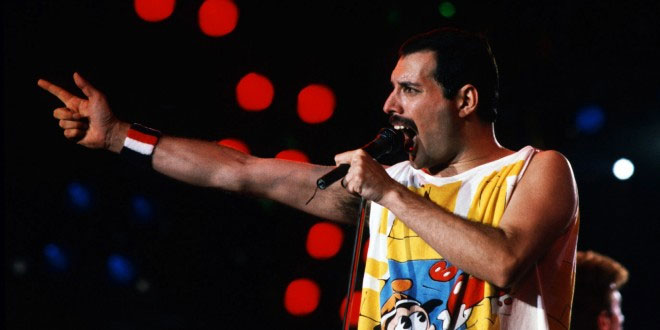 I recently went to see the Freddie Mercury movie “Bohemian Rhapsody” (loved it by the way, thanks for asking!). Much like Queen in their prime, critics have thumbed their noses at it, but audiences are hooked.

One thing the movie shows is the way in which Mercury and the band went out of the way to engage their audience in their live shows. Mercury was a master of this. Apart from being a hugely talented singer, he had an incredible ability to engage his audiences by getting them involved in the songs and the performance. A Queen show was not just a band on stage performing “to” the people, it was creating an opportunity for the audience to “part of” the performance to help them share in the live experience.

Having seen Queen live in the mid 80’s (yes, I’m that old) I recall that euphoric experience of feeling an integral part of the show. Whether it was Queen back in the day or in more recent times, artists like Coldplay (dropping giant balloons into the crowd to be punched around the arena) or many of the best hip-hop performers (throw your hands in the air etc), the best concerts are the “experiences.”

The best performers all do this – the pause in the chorus for the audience to complete the next few lines, the call and response trick (I sing – now you sing), and most notably in the Queen classic “We Will Rock You” where the clapping and stomping audience create the beat of the song. The movie shows the band creating the song specifically to involve and engage the audience.

As a conference MC and speaker, I strongly believe that a conference room is no different to a concert auditorium. The best presenters are the ones who engage the audience in the conference presentation. The session is a 2 way experience. Questions to the audience, audience activities, chats with the people seated on your table, getting people up off their seats, walking amongst the audience or getting some people up on stage, constantly prodding (gently) the audience to be involved and engaged.

These presenters will not only keep their audience awake – but they will ensure their messages and the experience of being there are really remembered, much like my memories of that Queen concert at the Sydney Entertainment Centre back in the day.

If you like Queen or want to see a unique entertainer working with an audience, ignore the critics and go see the movie.

Andrew Klein is a speaker, trainer and MC and music tragic, who is not afraid to admit he is old enough to have seen Queen live in concert. He’s not too cool to admit he has also seen a middle of the road band like Coldplay in concert. He’s also not embarrassed to admit that he loves hip-hop music and when his he and his wife went to see Kanye West in concert a few years back, the security guy asked if we were there to pick up one of our children.