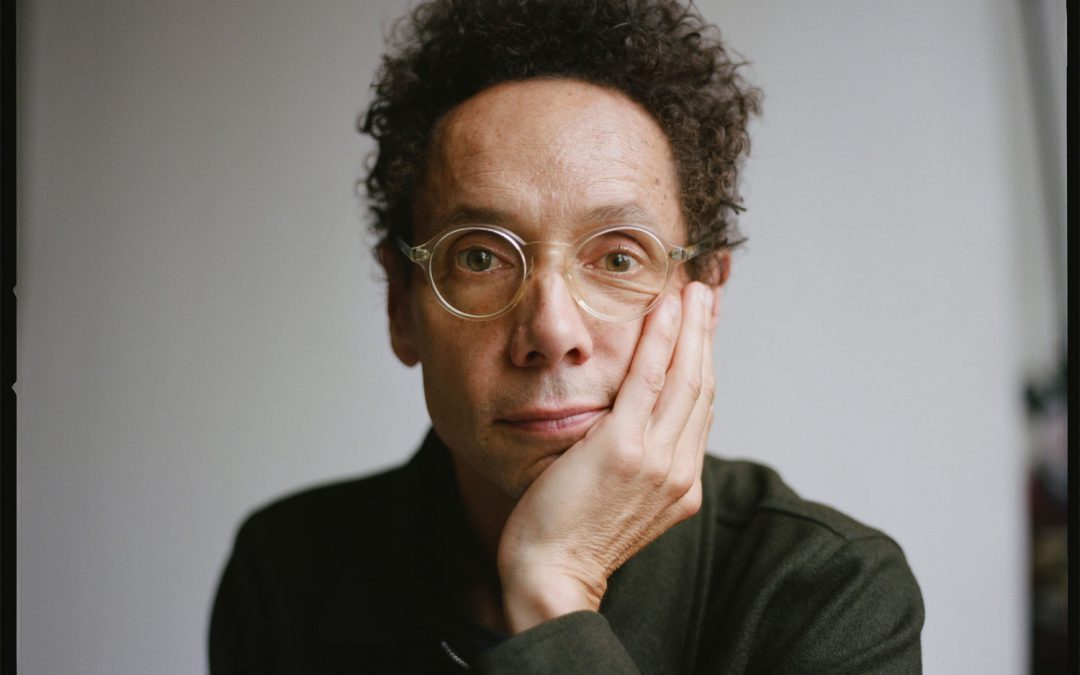 (WHAT MALCOLM GLADWELL TAUGHT ME ABOUT PRESENTATIONS)

I’m not at all embarrassed to say I have quite a few man crushes.

Whether it’s their brains or musical, comedy or sporting talents, I just love these guys in a totally fan-boyish way.

However, up until a few months ago, despite meeting and watching countless speakers and presenters at conferences for over 20 years – and despite being a voracious reader, I’d never man-crushed over anybody for the way they can present information, either on stage or in writing.

Until now. Because a few months ago I “discovered” and then fell in love with Malcolm Gladwell.

I use the word “discovered” very hesitantly because I’m aware that many friends, colleagues and readers will say “What do you mean you’ve just discovered Malcolm Gladwell????? Come on now………..he’s one of the world’s most respected modern writers and philosophers, one of the most widely read, widely spoken about, oft-quoted populist minds of our time, his books are awesome and iconic…..seriously Kleiny you’ve never read The Tipping Point? Or Outliers? He’s the 10,000 Hours dude for Glads sake – and you’re meant to be an educated thinker????. OMG, where’ve you been????”

OK, yes, yes, yes, guilty as charged. I’ve known of him for years but I’d simply not yet read his books or heard his podcasts. Too busy doing other important, self-educational things (like watching ‘Wrestlemania’ I guess). So sue me. But I’m now a (very late) adopter and a belated convert to the Cult of Gladwell. Podcasts, books, TED talks, YouTube clips – I’m slowly getting up to date.

And of the many things I have been enjoying about his podcasts (Revisionist History and Broken Record) I have become fascinated by Gladwell’s uncanny ability to take complex subjects and explain and dissect them in a way that is both easy to understand and entertaining.

He achieves this through a number of ways including descriptive, evocative story-telling. For example, when Gladwell talks about a person, he always describes them in detail, so you can see them in front of you…..”tall, big jaw, impeccably dressed, with an aftershave that smells like pinewood.”

One of his most effective techniques is the language and phrasing he uses to explain often highly complex historical, sociological and psychological concepts and events in words that are easy to comprehend and understand.

This is a skill that I see utilised by the very best presenters on the conference circuit. Whether they are talking about matters medical, technological, financial or scientific, the best presenters take time and effort behind the scenes (before they even stand on stage) to clearly structure and articulate their points in a manner that is understandable without ever sounding like they are ‘dumbing down’ their content or condescending to their audience.

Gladwell’s podcasts discuss often highly intricate and complex issues like the pitfalls of the US education system, systemic racism in the deep south in the 50’s, the physiological and psychological causes of Freudian Slips, reasons for the inadequacies in the US legal system through to how different types of cooking oil impact the taste of McDonalds French fries. You listen, you follow his arguments, you are entertained…..and you learn a lot along the way. Through countless hours (and only the sound of his voice) I was never bored, I was never confused and I learnt a hell of a lot.

It’s what all presenters aspire to achieve (but many fail on one or more of those counts).

The trick I believe is spending the time off-line examining your content, choosing a few key messages and then simplifying the key messages, to ensure that when you are on-line (on stage), your audience are able to follow, understand and remember your points, even if they are challenged and confronted by those points, ensuring that they are never confused by them. It is your job as the presenter to do that heavy lifting behind the scenes.

Gladwell (and his research and production team) clearly spend hours (maybe his iconic 10,000 hours?) and effort ensuring that the final product sounds simple (even though it isn’t) AND sounds entertaining, even though the subject matter, in lesser hands, could be confusing, complex or dull.

It’s an amazing and important skill – and aspiring conference speakers could do worse than listen to Gladwell’s podcast series as a ‘how to’ guide for great presenting (season 4 of ‘Revisionist History’ has just been released).

And until I find my next man-crush (I think I may be falling for Trevor Noah), I’ll continue to dreamily listen to Malcolm’s podcasts and read his books and listen to his You Tube talks.

Andrew Klein is a pitching skills and presentation skills speaker, trainer and writer and a professional conference MC. While this article was about his man-crushes, he is an equal opportunity ‘crusher’ and for what it’s worth, he also has crushes on Sofia Vergara from ‘Modern Family,’ Agent 99 from ‘Get Smart’, Beyonce, Dame Helen Mirren, (the pre-final season) Daenerys Targaryen and the Brand Power Lady.