Add a little Coco to your presentations 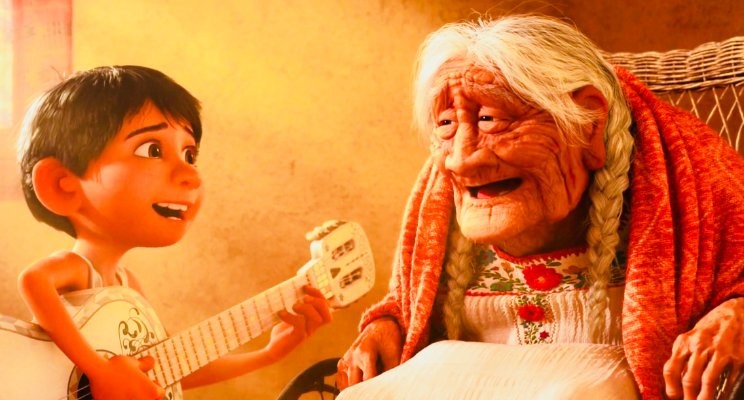 I am not afraid to admit that my favourite movie of 2017 (which just snuck into cinemas before Christmas) was a children’s film – the beautiful and touching animated Pixar film “Coco” about the Mexican celebration ‘Día de los Muertos’ (Day of the Dead).

That this was my favourite film should be hardly surprising, as Pixar films are in my opinion among the most creative, original and entertaining movies to come out of Hollywood in the last 20 years or so. Toy Story, Finding Nemo, Wall-E, Up, Inside Out and so many more. Each one a lasting classic. If you haven’t seen them, stop reading this now and jump onto Netflix and binge-watch them.

Anyway, what has my love of Pixar films got to do with the world of conferences and conference presentations in particular?

Coco, like most Pixar films doesn’t just entertain, it has a strong underlying message – and it gets the balance between entertaining and thought-provoking messaging just right. While not giving away any spoilers, I can comfortably say it makes you think while making you laugh (and cry). Similarly, the best conference presentations have a clear underlying message but always strive to keep the audience engaged. Presenters who make their audiences think, laugh and cry – are often the most impactful and memorable, much like the best movies.

Coco was so moving, and packs such an emotional punch, that I will remember some of the scenes for years to come.

Not only that, just like the most memorable conference presentations, Coco has colour, movement, humour, great attention to detail, it clearly involved an incredible amount of design, impeccable research, preparation and most importantly – effortless story-telling.

And without wishing to draw too long a bow, the main song in the film is called “Remember Me”…….and isn’t that what all presenters should aim for?

Andrew is a Presentation Skills and Pitching Skills trainer, speaker and writer. He has seen every Pixar film ever made (many multiple times) and uses his 3 children as an excuse to see the films when they are in the cinema, but truth be told, he’d go without them too. He has never read any Maya Angelou books but feels that quoting her in his articles makes him appear more worldly and intelligent – and he needs all the help he can get in this area.