The ‘Guinness’​ Record for the best presenter I saw last year. 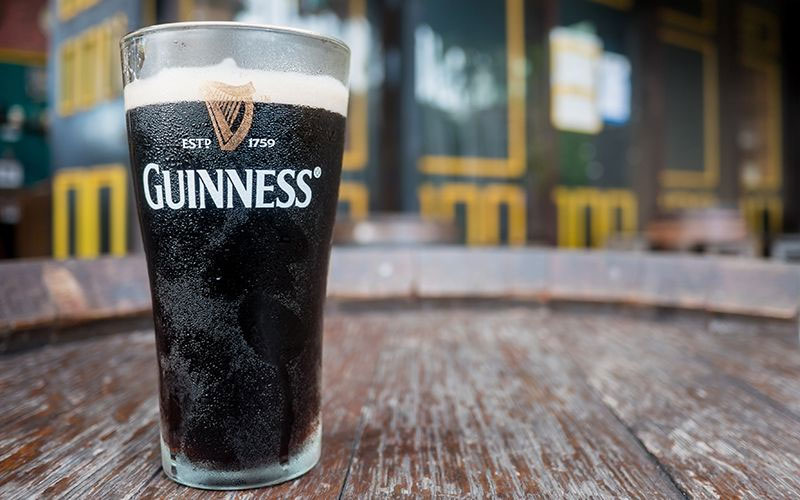 My family and I travelled to Ireland over Christmas (we had a great time, thanks for asking!) and on our first night in Dublin we had a simply amazing travel experience. As a way of introducing ourselves to Irish history, culture and, well, Irish pubs, we attended an event called “An Evening of Food, Folklore & Fairies” which admittedly initially sounded a little naff and ‘touristy’ but we decided it might be something fun to help overcome jet-lag .

It took place on the top floor of the Brazen Head, Dublin’s oldest Pub. A beautiful old building, where we sat at large tables, including with total strangers from around the world. We were served a traditional Irish pub meal….and of course a Guinness or two.

But the night was so much more.

Between dinner courses, the aforementioned ‘presenter’ – Johnny, would stand up the front and regale us with stories of Irish history and folklore, including fascinating tales of the potato famine, the causes of Irish immigration, Irish cooking and wondrous stories about the role fairies and the spirit world played and continue to play in Irish culture. We were enraptured, including our 3 teenagers, no mean feat to keep several generations focussed for extended periods, with only your voice and body language as props. No video, no power-point, no devices, just old fashioned story-telling. A little humour, vivid, descriptive language, a glint in Johnny’s eye and an ability to spin a good yarn.

Like the best presenters, Johnny used the ancient story-telling art to deliver huge amounts of (potentially dry) information of a historical, cultural and political nature. We were all so entertained and captivated by Johnny’s energy, humour, authenticity and love of his subject, that we didn’t even realise how much we were learning. It’s now a few months later and I can still recall so much of the detail……because the detail was so wonderfully wrapped up in the story and it’s messages.

Now, isn’t that what every presenter should strive for?

I would go so far as to say I learnt more over that dinner than I could have learnt through reading 100 Ireland guide-books, websites or Wikipedia entries and certainly way more than any text-heavy PowerPoint presentation could ever hope to teach.

We learnt another thing during our Ireland travels. Johnny is not alone. Yes it’s a generalisation, but so many of the Irish people we came across had the same skill. From taxi drivers, tour guides, shop owners, hotel front desk staff and pub patrons, everyone in the country had the ability to spin a yarn. We learnt a lot, we enjoyed it all.

So my advice to anyone out there wanting to improve their presentations, head to your local Irish pub and get chatting.

Andrew Klein is a Conference MC and presentation and pitching skills speaker, trainer and writer. He travelled to Ireland over the Christmas break for a family holiday. Writing this article unfortunately won’t allow him to claim his holiday as a tax deduction.